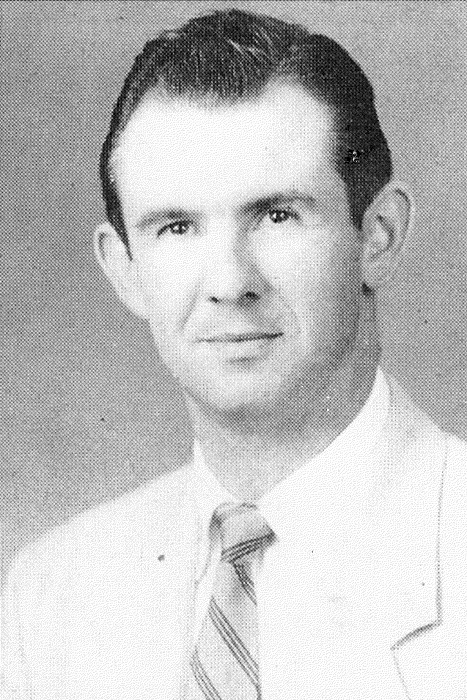 After a brief illness, Jamie F. Lee, 90, passed away peacefully on August 1, 2020 at the McLeod Hospice House in Florence, SC.

Born in Bennettsville, SC on May 10, 1930, he was the son of the late James Tilden Lee and Louise Fletcher Lee.

Judge Lee attended the Bennettsville public schools and graduated from Bennettsville High School. During his four years in high school, he played basketball and football. His basketball team was Class B State Champions in 1947 and 1948. They were also the 1st team to earn All Class, All State in 1947 and 1948. He was chosen Best All-Around Player Class B in 1947. In football, Judge Lee was chosen All-Star Player in 1946 and selected to the 1947 Shrine Bowl Team.

Judge Lee’s military career began at an early age. He served in the SC Home Guard from 1943-1945. At the age of seventeen, he joined the US Army as a paratrooper in April of 1948. After training, he was sent overseas. Later he was assigned to Gen. Douglas MacArthur’s Honor Guard in Tokyo, Japan (1948-1950). At the beginning of the Korean War, June 25, 1950, he volunteered to serve in the 1st Raider Co. This was a special operation unit that served in Korea from September 12, 1950 until April 1, 1951. He served with Distinction as a combat infantryman during the Inchon Invasion and the first four campaigns, which included the Chosin Reservoir Campaign. He received the Combat Infantry Badge, Parachute Badge, Presidential Unit Citation, Meritorious Service Medal, Korean Presidential Unit Citation, Korean War Campaign Ribbon with Arrowhead, four Bronze Stars, Special Forces Tab, and the Army Commendation Medal with V Device. After returning to the US in 1951, he served in the 82nd Airborne until discharged in April of 1953. Judge Lee was commissioned 2nd Lt. US Airforce June 1957. He served as an Airforce lawyer in the Reserve until 1985. After 35 years of military service, active and reserve, he retired with the rank of Lt. Colonel.

After Judge Lee’s discharge from the army, he continued his education. He attended the University of South Carolina from July 1953 to January 1959. He received his Bachelor’s Degree in 1957, Law Degree in 1959 and Juris Doctor Degree in 1970.

Judge Lee married Mary Weatherly Breeden, also of Bennettsville, in December of 1954. Upon his college graduation, they moved home and he began his law practice. He practiced law from 1959 until 1982, at which time he was appointed to the Family Court of the SC Judiciary. Retired in 1995, he served as a Special Judge until 2003.

In 1962, while practicing law in Bennettsville and prior to becoming a Judge, he was elected to the SC House of Representatives. He served in the House until 1966. Judge Lee also served in various professional capacities over the course of his career. He served on the Bennettsville Area Board of School Trustees, served as the Chairman of the Marlboro County Election Committee and as City Attorney for the City of Bennettsville and Town of McColl. Judge Lee also represented the Marlboro County Board of Education for many years.

As noted, Judge Lee had a keen interest in the military, politics, and serving his local community, but he was also a family man. He was proud of his three children, seven grandchildren, and one great-granddaughter. Some of his favorite times were spent at the family property known as The Farm. He also enjoyed family time spent at the beach and in the mountains of North Carolina. He was known by those who loved and respected him as: Jamie, Judge, Uncle Jamie, Mr. Lee, Dad, Pop, Papa, and Big Pop. In his leisure, Judge Lee enjoyed reading, sports, traveling, exercising, genealogy, shooting, and reminiscing about days of long ago. He was a lifetime member of the National Rifle Association (NRA) and member of the First United Methodist Church. He was also a SC State Constable.

Judge Lee’s life and personal achievements speak volumes. He was born in Bennettsville and other than his time in the active military and college, he lived his life in his hometown. He will best be remembered as a Southern gentleman, patriot, politician, leader, mentor, and family man.

Judge Lee respected tradition and would gladly lay down his life for his family, his friends, his fellow man, and his country. He will be missed by many and those that come behind should aspire to be the kind of person he was, honest and true.

A graveside service is planned for 10:00 A.M. on Wednesday, August 5, 2020 at Oak Ridge Cemetery in Bennettsville.