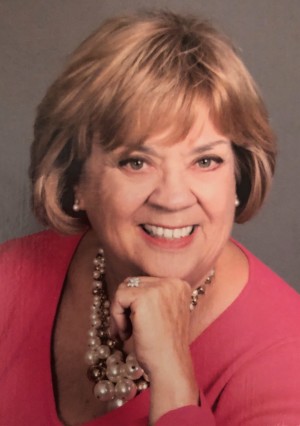 Beverly Fletcher Hodges, 70, of Bennettsville, SC died peacefully in the presence of her family after fighting a courageous battle with ALS. She was born in Orangeburg, SC on October 28, 1949 and graduated from Bennettsville High School in 1967, Winthrop University in 1970 as well as earning a M. Ed from the University of South Carolina in 1996. She was married to the late Joseph Pledger Hodges Jr. of Bennettsville and was also preceded in death by her parents AG and Jewell Fletcher.

Beverly, National Board-Certified Teacher, taught for 31 years, many of them in Marlboro County. She was an active member of First United Methodist Church, where she served in many capacities including Administrative Council Chairperson for years. She had a wonderful time with her family, traveling to Clemson football games and at the annual Family Beach Week. She enjoyed playing bridge and traveling with her friends “The Beach Babes” and working with the Marlboro Players.

Visitation will be at her home in Bennettsville on Wednesday, March 4, 2020 from 5-7pm. Another visitation will be held from 1-2pm on March 5, 2020 in the First United Methodist Church gathering room, followed by a celebration of life at 2pm in the sanctuary. Burial will be in the Hodges family cemetery in Brownsville, SC.

In lieu of flowers, memorials may be made to ALS research at Duke University, where Beverly received treatments from Dr. Richard Bedlack, one of the leading innovators in the fight against ALS. Checks may be made to Duke ALS Clinic, Duke ALS gift fund code 3916783 and addressed to Whitney Martin, Med., Director of Development Neurosciences, 300 W Morgan St., Suite 1200, Durham, NC 27701 or online at http://www.gifts.duke.edu/dmaa or to First United Methodist Church Bennettsville, PO Box 456, Bennettsville, SC 29512.

Online condolences may be made at http://www.bfhbennettsville.com.

Burroughs Funeral Home is honored to assist the Hodges family.