A special “thanks” to everyone who made our Wednesday Night Supper so great! 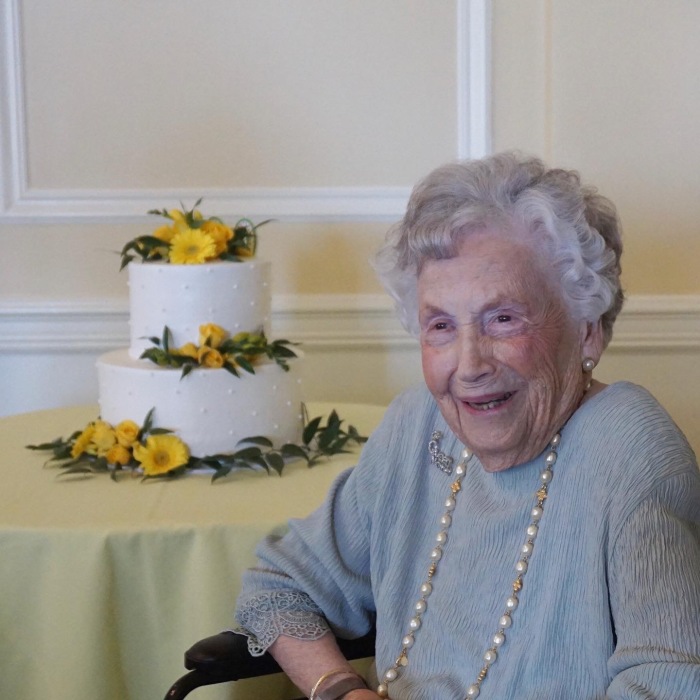 Former resident of Bennettsville, Kathleen “Ting” Thornton English, 100 1/2 years young, passed away peacefully on Saturday, February 8, 2020, at Pittsburgh. She was a native of Pachuta, MS, a daughter of the late Edward William and Effie Evans Thornton, and was a true Southern lady, possessing charm, grit, hospitality, and elegance.

She was married for 61 years to her high school sweetheart, the late Thomas L. English, whose career in constructional engineering led them to 36 moves during WWII and a 36-year residency in Pittsburgh. They retired to Bennettsville in 1989, a joy-filled return to their native South.

Ting was an accomplished artist, excellent bridge player, avid reader, wonderful conversationalist, gracious hostess, and the true matriarch of her family. She considered her greatest achievement in life her children, Kathy and Tom. Her true joy was in spending time with them and her family of six grandchildren, 15 great-grandchildren, and three great-great-grandchildren.

She returned to Pittsburgh in 2017 to reside at Hampton Fields Village, a short distance from her daughter. She quickly won the hearts of the staff and residents and participated in art classes, Bible study, and social events.

Ting was a lover of life and lived hers serving others generously. When first in Pittsburgh she was an active member of the Southern Club of Pittsburgh, leading many committees such as Charity Ball chairman and debutante director. She was an officer and blue-ribbon winner of the Whitehall Art League, a member of Valley Brook Country Club, and an involved member of Baldwin Community Methodist Church.

Her 28 years in Bennettsville were extremely happy ones for her. She was an active member of First United Methodist Church—Discipleship Bible Study, serving on the Administrative Board and Energetics, and bazaar chairman. She was a member of Tuesday Study Club, numerous bridge clubs, Cotillion Club of Bennettsville, board of Marlboro Players, and a founding member of the “Sunday Nighters.”

Ting’s great-granddaughter, Emily Faust Tucker, expressed perfectly on her Facebook post on the day of her Nan’s death, “She blessed so many lives. My Nanny taught me so much— such as stand for what you believe in, always be polite, pound cake is okay for breakfast since it has six eggs in it, Greys Anatomy is a must watch, and family always comes first.”

Her doctor, Elizabeth Mohan, in Pittsburgh commented on her final visit with Ting: “Ting is an absolutely amazing human being. Every person who has had the privilege of knowing her has had their life enriched. She leaves her mark on them that they’ll remember always,”

Everyone who knew her called her an inspiration, incredible, amazing, one-of-a-kind, no one like her. Strangers were floored when they learned of her age because she retained her beauty, wit, sharp mind, and zest for life until her passing.

She was always asked, “Ting, what is your secret?” She would reply, “If I had one, I’d gladly share it. Then with a twinkle in her eye, she would say, “Maybe it was all the yellow squash I ate.”

Ting told her family, for several years, “When I’m gone, ‘don’t cry for me, Argentina.’ I’ve been blessed with a wonderful, full life. I’ve known the joy of loving many people and even greater, having them love me back.”

In addition to her parents and husband listed above, she was predeceased by her brother, Edward Woods Thornton, and sister, Zara Thornton Miller.

So happy to welcome Andy and Angela Blair to First United Methodist Church today as they have transferred their membership. Folks we have a great congregation. If you don’t have a place to be on Sunday morning, come join us!

Kathleen (Ting) English died in her sleep around 3:30 a.m. this morning, Saturday, February 8,  at Pittsburgh, PA.  She celebrated her 100th birthday last June.  Funeral plans for Bennettsville will be announced at a later time.